Her surfer brother
brought her another
twas one of his better saves.

Oh no! How am I going to get myself out of this pickle? Have you ever gotten yourself into a fix where you needed someone else's help?  Have you ever forgotten your school lunch and you needed your mom to bring it to school for you, or perhaps a friend shared his lunch with you.  Perhaps you've forgotten a paper you needed at home, or ripped your pants?  Think of a problem you've had and how you solved it.  Did you leave an important book you needed for your homework at school?  What did you do? Now, can you write a poem about your problem and how you solved it?  What happened?  Can you use a poem to tell your story?  Have fun writing.

Because of you, the world is a better place.

Today is Friday, time for the Poetry Friday round up.  All our poetry links are being gathered today by Buffy Silverman on her blog here.  Thank you Buffy for pulling us all together to celebrate the Winter Solstice. 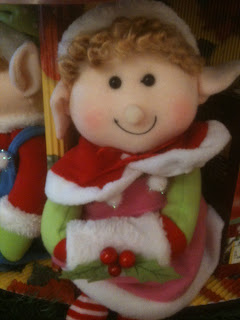 
Can you believe it was 77 degrees in Kauai yesterday?  My friends are all sending me pictures of snow and talking about how cold it is.  They write about sweaters, snow shoes and sitting by the fire drinking hot chocolate.  I love those things, but I'd rather read about them than be in the cold.  I'd rather see pictures than live it.  After living on Kauai for a year, now when I put on a coat it seems to weigh my whole body down.
I can remember visiting my sister in Australia one January.  All the children were on the beach having a water rodeo, with swimming and life saving competitions because it is summer south of the equator.
What is the holiday season like in your part of the world?  What holiday traditions do you treasure?  Can you write a poem today about what Christmas means to you?  This might make a fun list poem.  Have fun writing.
Posted by Joy at 10:56 AM No comments:

TALK TO ME HENRY 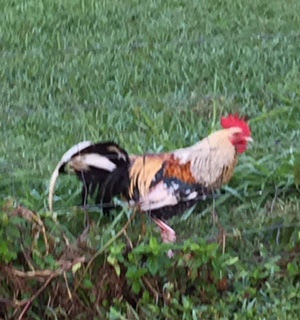 Henry, the rooster
sure likes to crow.
He's the sound
of this island
I'm learning to know.

He crows at night
when I go to bed.
I can't get his crowing
out of my head.

He's forever crowing.
I don't know why.
But, Henry, the rooster,
is part of Kauai.

Often, when I'm on the telephone with a friend, she'll say,
"I hear Henry."
Roosters crow a lot on Kauai and since I live up-country near farmland, we have lots of free range chickens roaming round.  I think it is fun to have my phone conversations punctuated with rooster crows.  So much so that I have named the rooster, who crows under my bedroom window early in the morning before the sun is up, Henry. Henry is one noisy guy.
When I'm on the telephone with my son from Seattle, I can hear the sounds of automobiles.  He lives in on busy street.  With my son in Chapel Hill, NC, I hear ambulance sirens. He works at a hospital.
What sounds would someone hear if they were talking to you on the phone?  Can you try writing a poem about sounds on your phone?  Have fun listening and writing.

My favorite nest is in your arms.  Your loving hugs have many charms.