Joy hurt her hand and it is very painful to type.  So, thank you faithful readers, but I'm going to take a week off from posting.  I'll be back next Saturday with a message.  Until then, keep writing your own poems.
Posted by Joy at 12:55 PM 11 comments:

At her tea party
Little Miss Muffet
offered Miss Elephant
a taste of her crumpets.
"These are delicious,"
Miss Elephant trumpets,
"Oh what a day!" 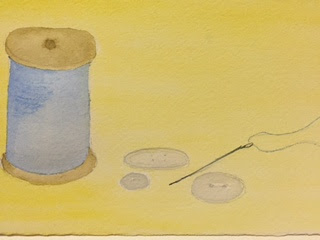 Said the needle
to the thread,
"I've got my eye
on you.
I can poke,
you can pull,
and I will slide
you through."

Do you like to sew?  What are some other things needles are used for?  What do you think the thread would say to the button or the needle?  Your poetry challenge for today is to write a poem in response to mine.  Or can you try writing a riddle poem for a button, thread or a needle?  Have fun with your writing.

And so I walk on the beach,
feel the sand sift through my toes
the sea salt in my hair.
I look for sea shells
and perfect, complete sand dollars. 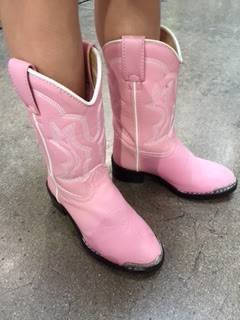 I've worn pink boots
in Boston
and in Botany Bay.
Worn them in Tampa
and old Santa Fe.

I wear my pink boots
where ever I go.
They're the best fitting boots
and my feet
ought to know.

I treasure my boots.
That's what I do.
I bet you wish you
had pink boots too?

I saw these boots on a 7 year old at Costco and I thought they were just too cute.  I wanted some.  But, I knew how I could make those boots my own.  All I had to do was write a poem about Pink Boots.  If you had pink boots, where else could you walk to or wear them?  Do you have an object you wish you had?  Can you write a poem about the object?  Have fun writing your poem.  Hmmmm, I've always wanted a magic carpet too, so I could fly away.

I pick my clothes for comfort, not style.
Posted by Joy at 2:41 PM 4 comments:

He may not be
a perfect match.
I'll always love him
My Little Hatch.

I can create many things.  It just takes time and patience.
Posted by Joy at 1:03 PM 12 comments: 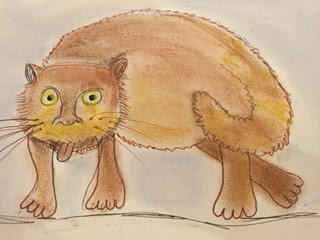 She is not on the couch
where she curls into a ball.
She usually starts to run
when she hears my call.

I might have an idea.
I think it is a plan.
I'll see if she comes
when I open her food can.

I will place her kitten food
in her little dish.
Look, here she comes.
She must have smelled the fish.


When was the last time you lost something?  What was it?  Where did you look for it?  Can you write your own poem about something lost?  A dog, a fish, a bird, or how about a smile?  Do have fun writing.

You are growing.  Celebrate the changes in yourself.

Happy Poetry Friday.  The Poetry Friday Round Up is hosted by Amy Ludwig Vanderwater this week.  You can gallop over to her blog at THE POETRY FARM to lasso more poetry.  Thank you Amy, for hosting us this week

I hope
I have
sweet dreams
waiting in bed.
Good Night.
Posted by Joy at 7:41 PM 4 comments: 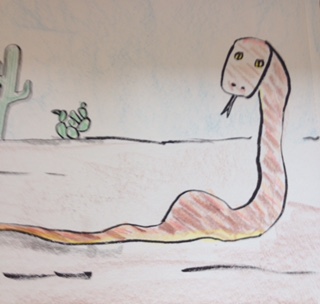 Happy Saturday.  Can you find time today to write a haiku.  Pick any topic you choose. Have fun.

Some pieces move diagonal,
others move straight.
And it is the knight who moves
with a galloping gait.

The queen can move anywhere.
The rook has a straight line.
"Just move a piece.
Give it a try.
I know you will do fine."

"You can tell the bishop.
He has a pointed hat.
Playing chess is easy
if you remember
all of that."

Thanks to my friend Linda Andersen  for letting me know about National Chess Day.  Do you play chess?  What other board games do you play?  Checkers? Monopoly? Candyland?  For today's prompt, can you write a poem about a game you like to play?

Today is Poetry Friday and the Round Up is at Laura Purdie Salas' blog, Writing the World for Kids.  Gallop on over to HERE to read more poetry.  Have a great weekend.
Thanks Laura for hosting us.

When I feel nervous or anxious, my body is asking me to relax. Sharon Hackleman
Posted by Joy at 9:12 AM 13 comments:

I got on the bus
and what I saw
was quite curious.
There was a man,
most studious,
working on an abacus.
Another man
read Leviticus
while a frivolous woman
was hacking,
her poor esophagus.
I saw a small boy
with a marvelous toy blunderbuss
next to him was a kid carrying
a jar with a phosphorous octopus.
You probably think this is ludicrous,
but I thought it was most marvelous.
Riding the bus
can be quite hilarious.

I'm going crazy and having fun writing poetry.  Have you ever tried to do one of those math problems that say how many people got on and how many got off a bus at each stop?

Then at the end you're supposed to be able to figure out how many people are still on the bus?  Sometimes it is a trick question because you forgot to count the bus driver, so your answer is off by one person.

That was what I was thinking about while I was writing this poem.  Have you ridden a bus?  Were there different kinds of people on your bus?  I couldn't think what to write a poem about today, so I opened my rhyming dictionary randomly and was on the "us" page with lots of delicious possibilities.  Do you want to try?  Find a rhyming dictionary and open it to any page and see what words jump out and just beg to be in your poem.  Listen to them and have fun writing.

I will think happy thoughts today, making my own good day and a good day for others.

I took my dog
for a walk.
All he wanted
was to talk, talk, talk.

First he'd yip.
Then he'd yap.
I took him home
for a nap.

I got a headache,
yes, of course.
Next time I'll wish
my dog was hoarse.

Hey, it is  National Walk Your Dog Week, October 1-7.  That is one long walk.  Do you take your dog for walks?  Where have you gone this week?  What would your dog say to you if he could talk? What do you talk to your dog about?  What would the dogs say if they could have a dog chat?  No matter if you have a dog or not, (you can always imagine one), try writing a poem about a dog today.  Have fun.

Like vitamin pills, everyone should day dream at least once a day.  Enjoy your dreams.

I'm taking a poetry course at Wordpress's Blogging University.  If you'd like to read an abecedarian I wrote for today's assignment go here,    https://joyacey.wordpress.com/?p=436&preview=true&preview_id=436
Posted by Joy at 4:50 PM 2 comments:

Round ball,
round orange,
round sphere,
what do you find?
I keep turning circles,
can't make up my mind.

A round shape is one of the first shapes a young child learns.  Look around you.  What round shapes do you see?  Which one do you like the best?  Can you write your own poem about a shape?  Have fun writing.

Respect yourself and others.  When I respect myself, just the way I am...I can love and respect others just the way they are.  Sharon Hackleman
Posted by Joy at 8:53 PM 2 comments:


This is a counting poem for pre-schoolers.  How might you use your hands to make this an action rhyme?  How might three children act out this poem?  Why do you think they are called bottle nosed dolphins? Can you try writing your own counting poem today?  For something different you might want to try counting backwards.Have fun writing.

Being happy feels good.  I will try to find things to be happy about today.
Posted by Joy at 2:24 PM 3 comments:

Good night Buckaroo, good night.
Take off your boots,
your chaps and your vest.
It's time for this cowboy
to have a night's rest.

You can dream of your taming
of the wild west.
So close your eyes now
and give them a rest.
Good night Buckaroo, good night.

Did you ever play cowboy?  Did you have a cap pistol? Chaps? A vest? A sheriff’s badge and cowboy boots?  If not what dress up clothes did you have when you were young? Can you write your own poem about one of the characters you pretended to be?  Have fun writing. 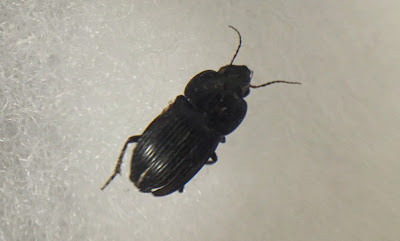 A beetle walked
into the full moon light.
He saw his shadow.
It gave him a fright.

He crawled over a rock.
It was quite a sight,
to see a beetle
out walking at night.

His back it glistened
with a greenish glow,
and where he walked to
I do not know.

Do you like bugs and beetles? What do you like best about them?  Or do bugs bug you? Have you ever watched a bee hive or an ant farm?  Can you write your own poem today about a bug?  Have fun writing.

Happy Poetry Friday.  The round up is hosted by  Heidi Mordhorst today over on her her blog My Juicy Little Universe.  You can find more poetry links on her blog today.  Thanks, Heidi for hosting us.

Today is my 1600th blog post.  Thank you for stopping by.

Shine your bright light from within today.
Posted by Joy at 12:00 AM 12 comments:

Onward with fall
Crisp in the air
The geese they fly
Off to the south.
Bright colored leaves
Exit the trees
Rake them into piles.

This poem is an acrostic.  The first letter of each line forms a word.  Can you pick your own fall word and write an acrostic?  If you want a greater challenge write a double acrostic, have the first and the last letters of each line spell out two different words.  What ever you do write and have fun.

You are the only you. You are unique. You count. You are important to my world.
Posted by Joy at 9:11 AM 2 comments: